Where did the year go?

In January, I paid my first visit to Kangaroo Island and Cambodia…now attempting to navigate through the layers of bureaucracy that guard Carribean Cuba for my first adventure there. Currently, I have a tarjeta turisitca, the required medical insurance, proof of initial accommodation and a confirmation of flights without an airline booking reference. What could possibly go wrong? We’ll see.

Since my last post I delivered the opening keynote speech at the third Take Pride In Ageing Conference in Chester Town Hall. As well as celebrating my longevity with HIV (35 year), I also took pride in my achievements over the past three decades…as well as grabbing the opportunity to challenge stigma and discrimination. People who are HIV positive and on effective treatment CANNOT pass on the virus.

Being the only speaker capable of addressing the conference without a microphone, gave me considerable satisfaction…not to say reassurance… of my ability to project my voice and hold an audience. 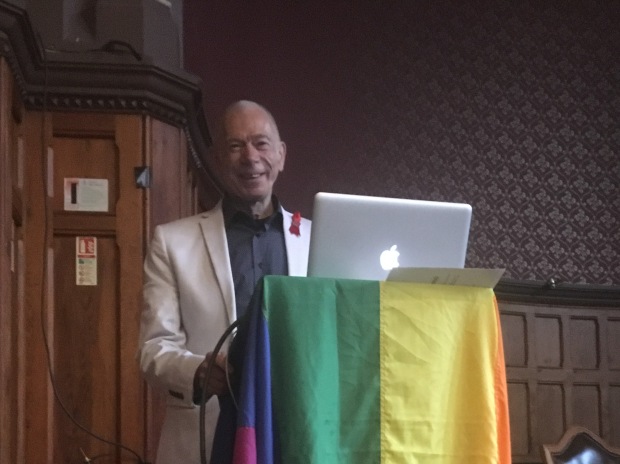 Annual check up with my GP and the six monthly appointment with my HIV doctor were pretty unremarkable. In both instances the standard tests showed me to be in good shape for my age (78). However, I had to smile at Dr Cadwgan’s comment that he reckoned I would live longer than him.

This has become one of the highlights of my year…and 2019 was extra special because Ages & Stages Theatre Company worked on a new piece under guest director Bryn Holding. The production of ‘One Another’ that explored individual and collective responses to ageing was staged at the New Vic Theatre, employing its rich resources. Along with my fellow contributors, I felt priviliged to have presented such a powerful piece of theatre. A grandchild of one of Ages & Stages founder members who had seen everyone of the group’s productions said it was without doubt the best one they had every done. 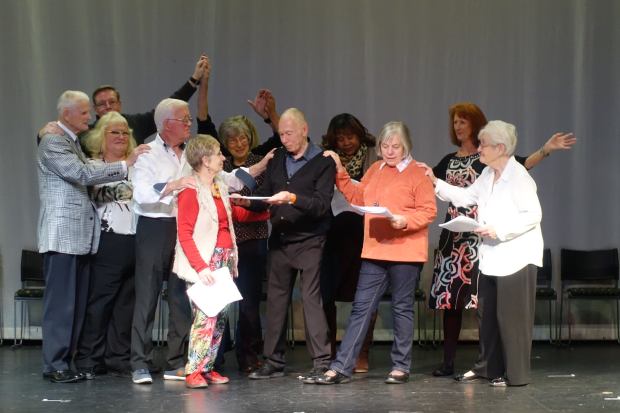 ‘One Another’ at the Mitchell Arts Centre

Jill Rezzano, the Director of Ages & Stages took on the momentous task of restaging the piece for the ESRC Festival at the Mitchell Arts Centre in November. Transforming a theatre in the round production for a proscenium arch theatre means that the some elements will be lost. We didn’t reckon with also having to cope with the loss of a contributor. The fact that the company dealt with the problem efficiently and without fuss indicates how professional the group has become.

In addition to the live performance, the ESRC Festival featured a film about Ages & Stages Theatre Company by Dr Pawas Bisht along with four short documentary films made by Keele University Students about invidual company members. The last one to be screened was ‘Maurice’ which focused on me and the LGBT Older People’s Group. 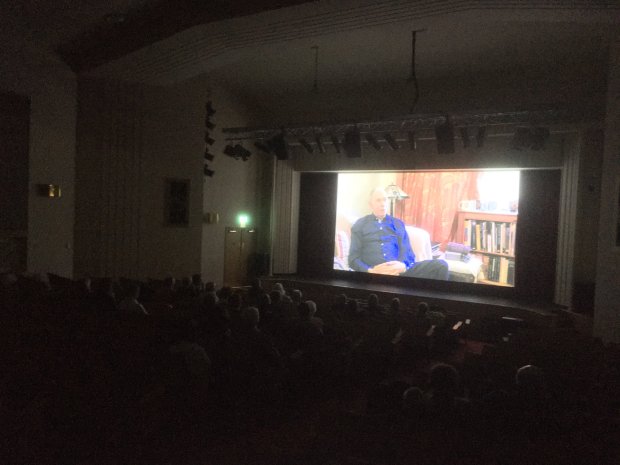 Life continues to be packed full of activities and events…which is great…if at times exhausting. But I will end this post with the good news that the North Midlands LGBT Older People’s Group, of which I have the honour to be Chair, became a registered charity on Monday 9th December 2019. A poignant achievement considering its foundation took place on a wintery Sunday in December 2009.