Four Funerals and a Wedding

Currently on 7th October…that is exactly what I have in my diary – four funerals and a wedding. It may be less catchy than ‘Four Weddings And a Funeral’…but that title has already been used in the 1994 film starring Hugh Grant…and in any case, as most church organists will tell you, funerals generally outnumber weddings in any given ecclesiastical year. But how come a 75 year-old HIV+ gay man finds himself in this position?

Short version… I have taken on additional responsibilities at another church in addition to my regular commitments at Holy Trinity Burslem. Of course, that’s on top of my normal heavy work-load volunteering with umpteen charities and community groups.

In addition…last week I was rehearsing every day from 10.00 am with the Ages & Stages Theatre Company until we performed at the opening of the 3rd Live Age Festival in the Potteries Museum and Art Gallery in Hanley. Judging by the warm reception and positive…it would appear our hard work was justified.

Following lunch, I took part in a printmaking workshop at the Art Stop in Stoke…one of the many Festival workshops on offer over the three days of the festival. Whilst I regret not devoting more time to acquiring skills in the visual arts when I was younger…I believe firmly in the motto that ‘it’s never too late’.

Deborah, from the Cultural Sisters, is an inspirational teacher and encouraged us to produce some surprisingly good results. Below are a few shots taken at the printmaking workshop and at another ‘Creative Fusion’ workshop with the LGBT Older People’s Group where we made amazing glass objects. 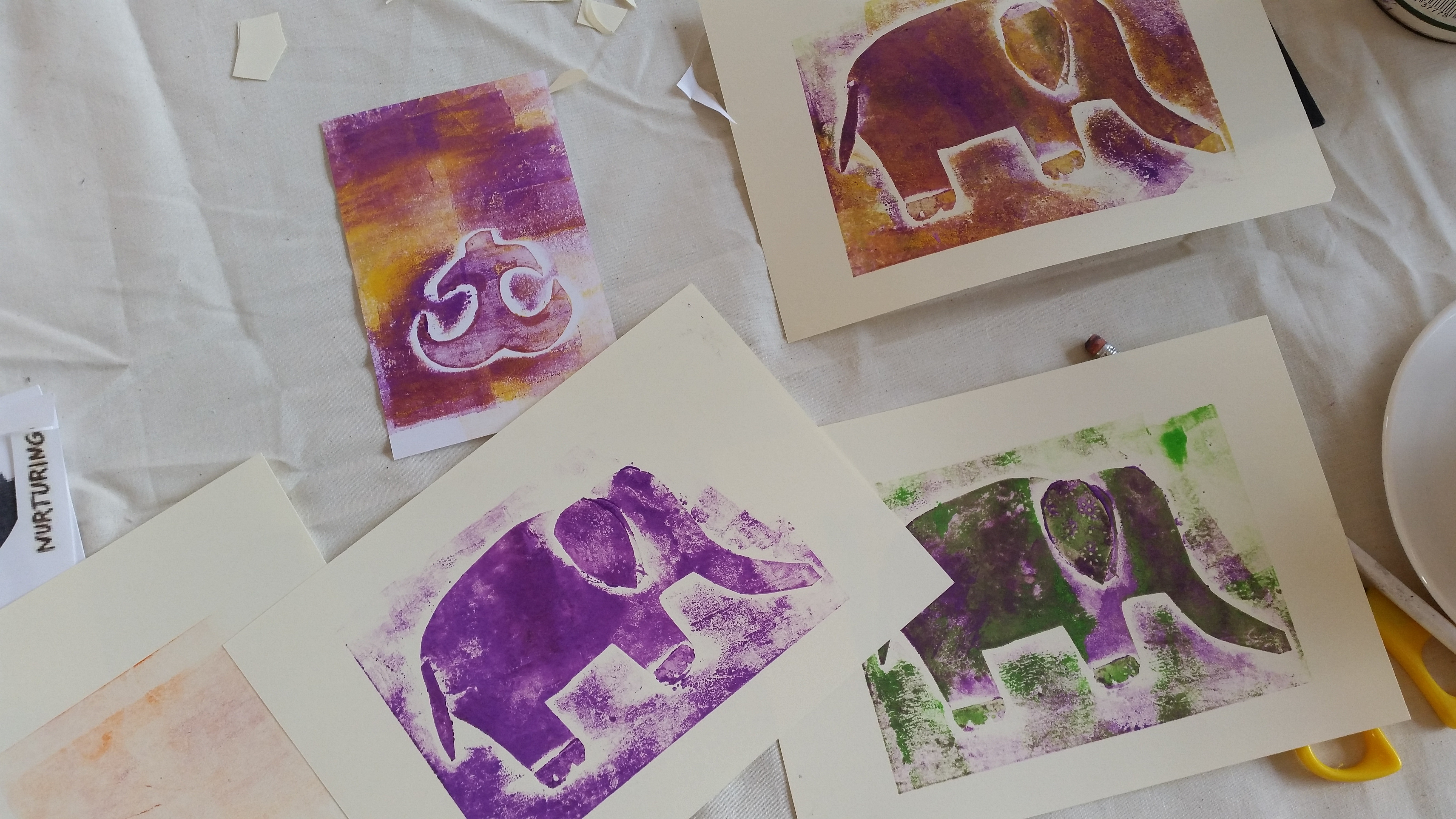