2009 was the last time I visited New Zealand…so it was a bit like a home-coming reunion to meet up with old friends in a country I fell in love with at first sight in 2004. Like Rome, Auckland is a city built on hills…and consequently somewhat of a challenge for my injured leg. Bruce, the Chair of Body Positive New Zealand not only invited me out to dinner on my first night, but also picked me up from the doorstep of Auckland International YHA. Along with a few of Bruce’s friends, we had a delicious meal at an Italian restaurant in Mission Bay. Fine food, stimulating company in a beautiful setting…what more could one wish for? Wonderful welcome! 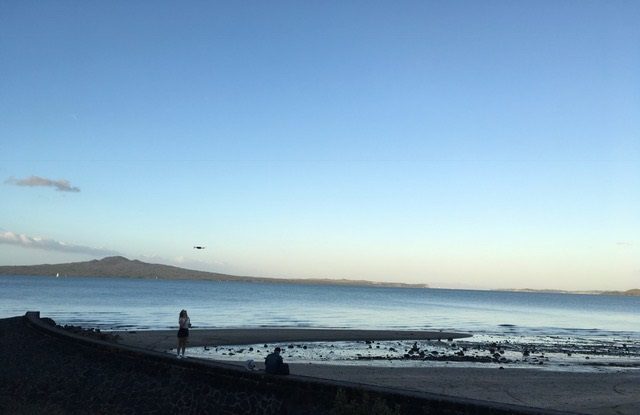 The magnificent new organ at Trinity Cathedral won’t be finished until June and the fine instrument in St Mary’s won’t be restored until March…however, this did not prevent the resident organist, Philip Smith, from performing magnificently at the service on Sunday morning…demonstrating what a master musician can do with a simple substitute electronic instrument. It was a great insight to be given a guided tour of the work done and understand Philip’s vision of the new instrument which when completed will be the largest cathedral organ in the Southern Hemisphere.

Monday was spent with Owen, Ian and another Bruce… with four legs and a furry coat. Although I have travelled extensively throughout New Zealand and always make a point of visiting the Botanical Gardens in major cities…I had never visited the gardens in Auckland. No doubt, because their considerable distance from the city, close to the airport. Was Owen’s suggestion to visit them wise, given the state of my foot? No worries, there were plenty of places to sit down…and I reckon the exercise did me more good than harm. We discovered a wide variety of fascinating plants and trees which covered a vast area. However, the greater part of the gardens was taken up with rain-forest trees, which we were able to skip to concentrate on a shorter more varied walk around the lake. A pleasant lunch at an eatery in Grey Lynn was followed by shopping at the local supermarket where I was able to stock up on first-aid equipment. 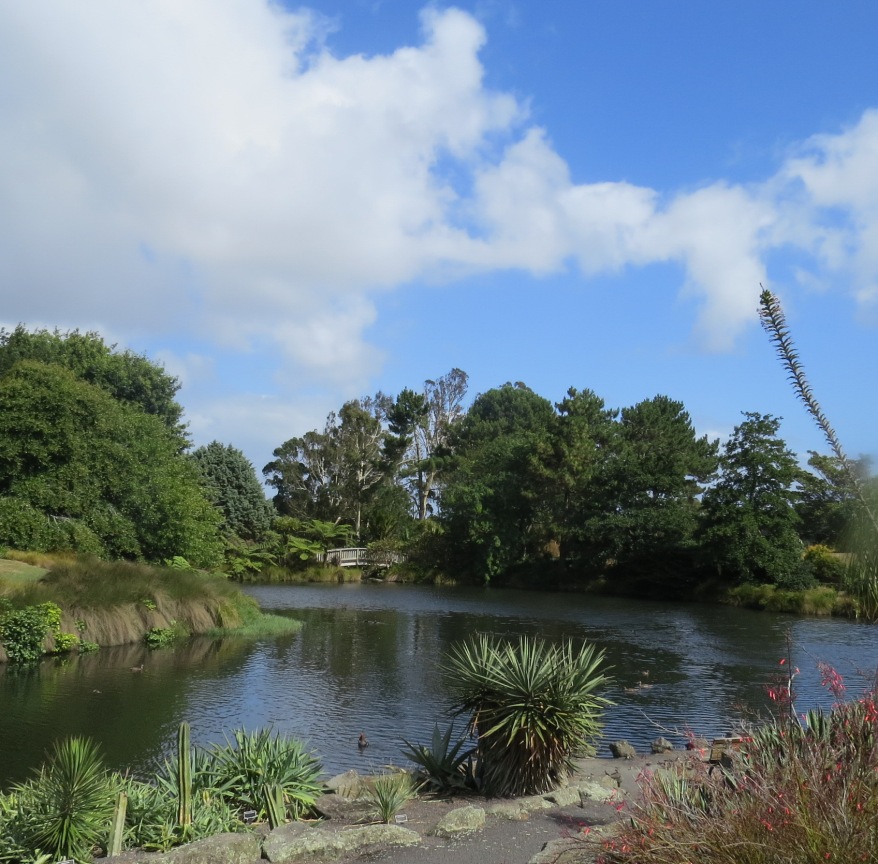 There is nothing like moments of domestic bliss to raise your spirits when you are far from home…not that my spirits were ever down. But to relax and catch up with the lives of friends is something very special. It was also good to bond with Bruce who had put on quite a lot of weight since I last saw him…but seemed content enough having his ears tickled. More engaging conversation over a scrumptious homemade meal with a fine glass of wine completed a perfect day. 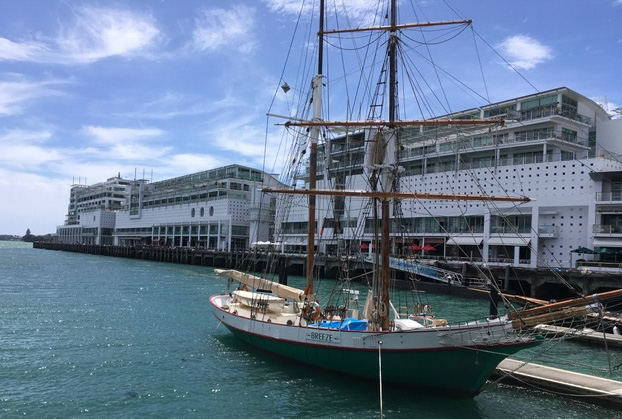 Auckland Transport Hop Card, provided a helpful solution for getting around that was much cheaper than taxis. The Crew Club Restaurant on the harbour front offered exquisite dishes…I opted for the fresh fish of the day and was not disappointed. Afterwards I took a harbour tour…something else I had never done despite always making Auckland the base of all my New Zealand adventures. The four-seasoned weather, for which Auckland is notorious, came into play. We sailed out from the quayside in bright sunshine, but by the time were were underneath Auckland Harbour Bridge, it was blowing a gale force wind. Rather than risk further injury, I braved out the weather until we tied up briefly at Rangitoto Island…I then went down below inside the main cabin where I remained for the rest of the voyage. 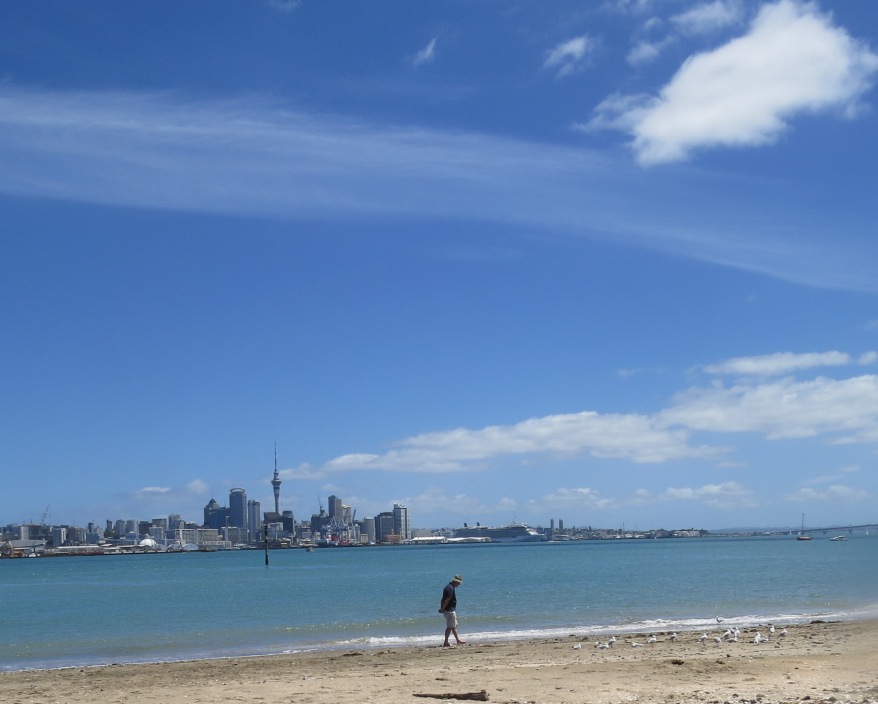 On my last day Bruce and Billy took me to Devonport on the shore opposite Auckland City where we had a relaxing lunch at the grand old Esplanade Hotel. This was my shortest ever visit to New Zealand, but I am so glad I went…and it is definitely on my list for a return trip next year.