Whilst visiting Cebu City …the oldest city and first capital of the Philippines…I was approached by an eager, enthusiastic group of students keen to involve me in their survey. When I questioned the purpose of their survey, they showed me their identification badges and explained it was for a university project. Naturally, I was happy to assist and suggested we went across the road from the busy Fort San Pedro into the quieter gardens of the Plaza Independencia.

Once in the quiet of the gardens it was possible to answer questions about myself and why I had chosen to visit the Philippines. Then came the unexpected loaded question…’how important did I consider intercultural communication to be?’ It seems my garbled response was drowned out by the sound of a passing motorbike on the recording of the interview made on a mobile phone. This gave me a chance to send a more considered response by Facebook Messenger…it also aroused my interest in the topic. 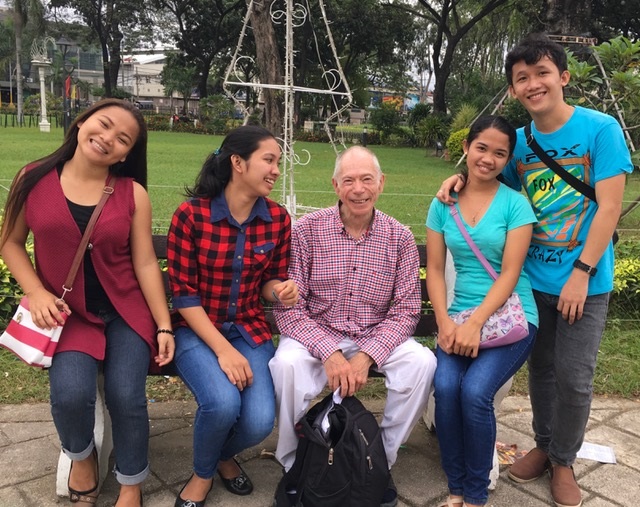 Imagine my surprise when I returned home and discovered that Future Learn was offering an online course on Intercultural Communication with Shanghai International Studies University. Because of the shared interest with my new Philippine friends…I immediately signed up for the course.

It is not unusual to have several thousands of people enroll for a MOOC (Massive Open Online Course). Having already completed several such courses, I knew that of the thousands that enrolled, only a small percentage would engage fully with each module and a smaller number still who would do the assignments and participate in student feedback.

I suspected on this occasion that for a large proportion of participants English was not their first language. This was something one had to take into account when reviewing other students work. However, the course was informative and enlightening …particularly in respect of the way different cultural identities affect communication. I also encountered some wonderful people who were supportive and inspirational…as well as now having a Certificate for my efforts.